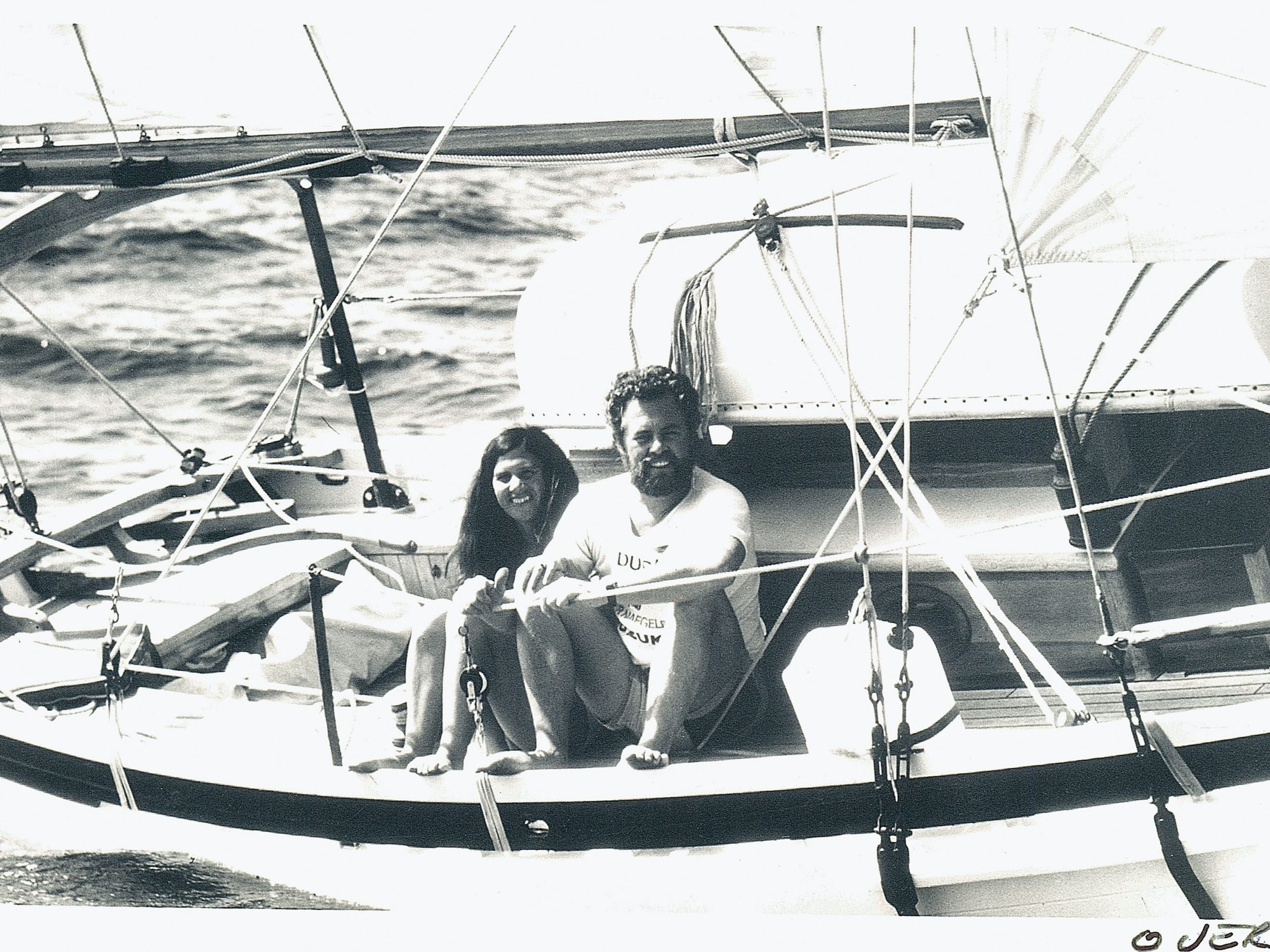 We caught up with Lin whilst she was in Australian waters and on a 40-foot cutter Sahula with her friend David Haigh. At the time of recording, anchored in Australia’s Royal National Park, just half hour from downtown Sydney. Lin is known for her small boat sailing.

They fulfilled their dream of sailing around the world many times over. Their first circumnavigation, starting in 1968 on an eastward route, spanned 11 years and took them to 47 countries. Beginning in 1984, they spent 25 years traveling west on their second circumnavigation, touching land in 30 more countries.

Lin & Larry together had sailed over 200,000 miles together, circumnavigating the world both east-about and west-about, and have published numerous books on sailing. Larry passed away at their family home this August. This episode was recorded with Lin in April of 2020.

“I guess he was pretty romantic back then,” she told The Sailing Channel in 1993, “but what was even more romantic was what he offered me: a way of getting out of the 9-to-5 syndrome, seeing lots of the world.”

Lin has shared her memoirs of Larry in a beautiful post located here https://www.sail-world.com/news/231449/Tribute-to-Larry-Pardey-Memories-from-Lin-Pardey

There is also a NY Times obituary located here https://www.nytimes.com/2020/08/28/obituaries/larry-pardey-dead.html

Links for this episode:https://www.sail-world.com/news/231449/Tribute-to-Larry-Pardey-Memories-from-Lin-PardeyFive Questions with Lin Pardey