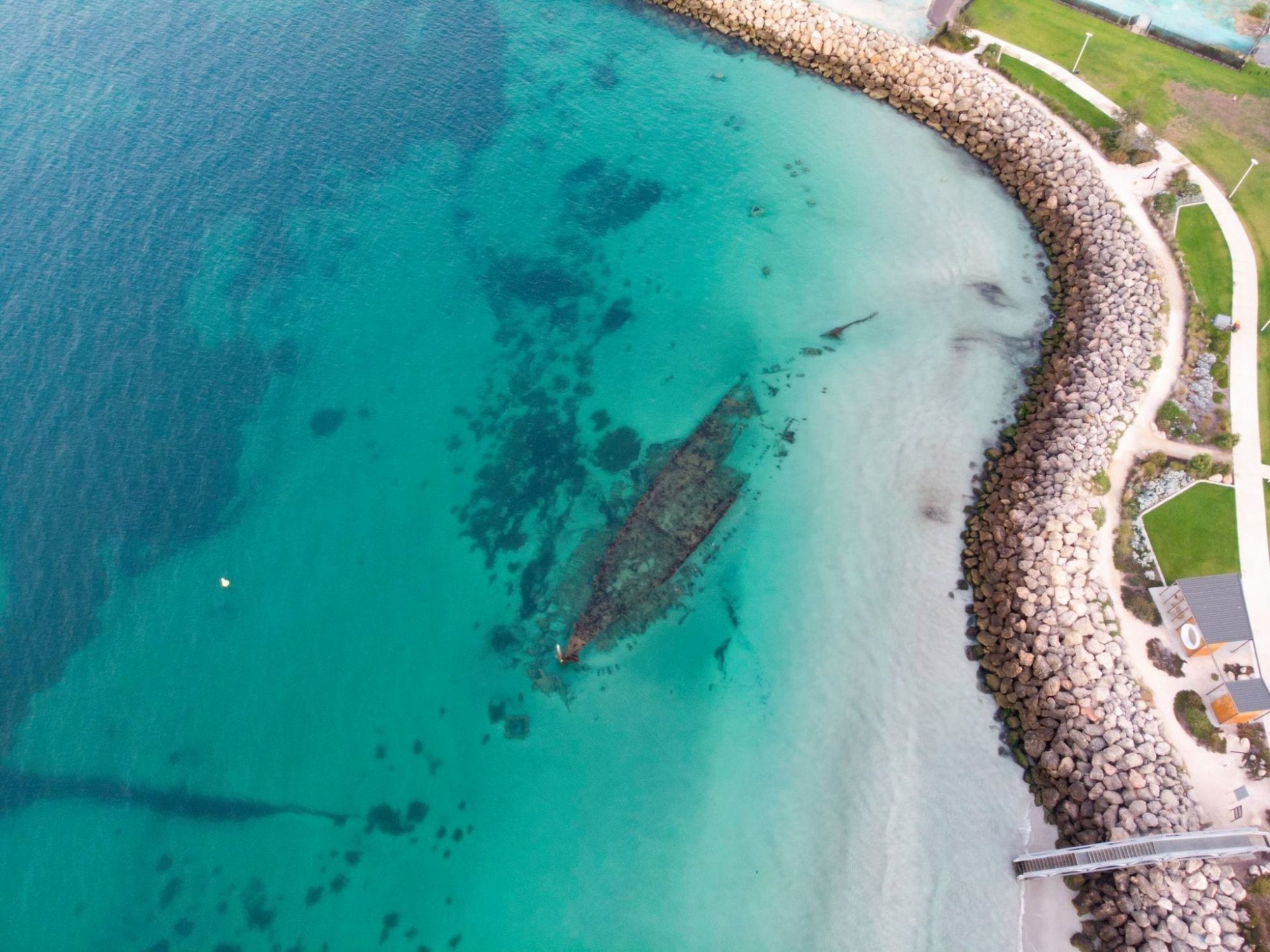 The Omeo Wreck is the centrepiece of the Coogee Maritime Trail. This diving trail was recently completed by the City Of Cockburn to create an epic snorkelling trail along Coogee Beach. Due to the success and abundance of sea life the City of Cockburn have been adding to it since the initial set up.

Just 25 meters from the shore, the Coogee Maritime dive and snorkel trail begins at the Omeo shipwreck and includes an artificial reef and underwater sculptures – including a giant starfish you can swim through! The trail is easily accessed from the northern end of Coogee Beach via the beach access path from Perlinte View.

About the Omeo Ship Wreck

The Omeo was a historically significant and federally protected iron steamship that was built in 1858 in Newcastle (England) and later converted to a sailing ship. It was used to lay the Bass Strait Telegraph cable, and the Overland Telegraph linking Australia to Britain via Singapore.

This vessel was involved in international trade and participated in inter-colonial passenger networks. It traded for many years between Adelaide, Melbourne and New Zealand, and famously collided with, and wrecked, the Swan Spit pile lighthouse in Port Phillip in 1881, before becoming a coal hulk. The Omeo was driven ashore and wrecked in 1905.

For more information on the Omeo visit:

How to find the trail

Located at the northern end of Coogee Beach as part of the new Port Coogee development, head to Socrates Parade where you can park right on the beach. From there you can’t miss the wreck, submerged in 2-4m water about 25m off the beach.

The dive and snorkel trail starts at the Omeo shipwreck and continues 200m west, following the southern breakwater.
The land-based trail runs parallel along the breakwater esplanade, near Socrates Parade in North Coogee.

The trail can be easily accessed from the beach at the northern end of Coogee Beach via the beach access path from Perlinte View, North Coogee.

Important note: The City has installed stairs for ease of access. We strongly discourage visitors from climbing over the rock breakwater and seawall to access the underwater trail for safety reasons.

Along the sea wall from the starting point of the water trail the land-based trail features maritime artefacts, including two restored anchors from the Omeo (provided from the WA Museum Collection) as well as a viewing area overlooking the shipwreck.
There are signs along the trail, offering information about the Omeo shipwreck, artefacts, maritime history and aquatic life in the area.

There are many facilities and services close by, some within walking distance and others a very short drive away, including:

Always stay on the safe side of your abilities. Most of the trail is around 2.5-5m deep, designed for snorkelers and novice divers. As always with water-based activities, swim within your limits, and take a buddy. Always swim and dive with a buddy.

Check the weather before you go. If there has been a lot of swell around the water can be very murky. Coogee beach is generally pretty well protected, but there’s not much point in snorkelling when the water is all stirred up and visibility is only a couple of feet.

Have you been to the trail? Let us know what you think!