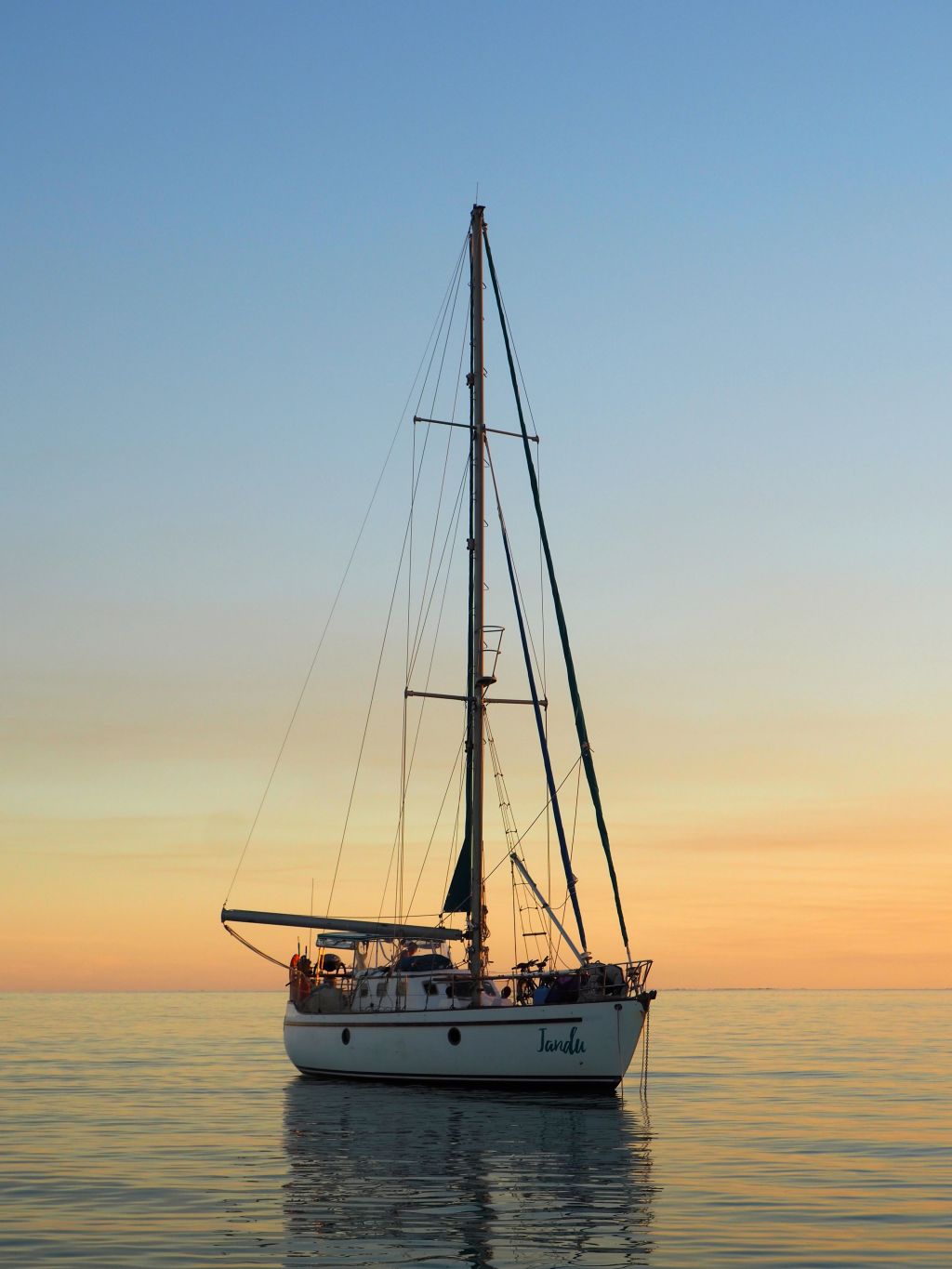 It started with a trip to see some friends who were sailing around the Pacific Islands that lead to Billie and Cam buying a boat.

Billie is a 34-year-old physiotherapist, from New Zealand. Cam a teacher from Australia. Cam had been boating for a long time having owned successive runabout.

Billie took the jump and they bought “Jandu” in Sydney. After that they sailed it back with no auto-steer through the Tasman and around to Albany, Western Australia. Join us on this episode as Josh chat’s with them about their experience.

Billie moved into the stationary Swanson 42 first and lived there alone for several months before Cam moved on-board. Except for small voyages, the 1977 boat stayed mostly in the marina for four years while the duo saved money and worked on restoring it and preparing for a big trip. They replaced the decking and plumbing, re-did the bathroom, installed hot water, re-wired the electronics and put in autopilot, among other improvements. Billie says they were lucky that the boat already had a “really nice wooden interior” and sturdy hull.

Billie and Cam finally set sail for their trip in January this year with nine-month-old baby Lakey in tow. In the year that they’ve been officially at sea, they haven’t left the idyllic waters of Australia’s West Coast – which is fine by them.